My experiences with G adventures (good and bad ones)

[English version of this post originally published on June 25th]

Hi guys! Hope you're having a great weekend! Today I'm going to translate to English a post I wrote a few weeks ago about my two experiences hiring G adventures last April.

I got to that Canadian web site because of numerous recomendations on female solo travellers groups, and after learning their philosophy (based on sustainability and contribution to local comunities) I got sold on not one, but two of their trips, one right after the other. 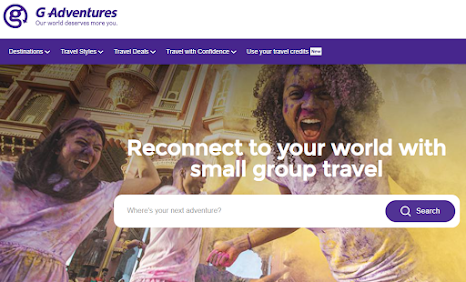 Why did I choose to travel on an organized group? Because after my experience in Turkey back in 2014, I don't dare travel alone -or with my BFF- to a Muslim country. I know that, according to its constitution, Turkey is a laic country, and that Morocco and Egypt (my April destinations) are considered quite liberal for Arabic standards, but nonetheless in those three countries there are certain expectations of what a woman is supposed or not supposed to do, and a difference in treatment, in comparison with men.

I had always wanted to travel to Morocco, and Ann had always dreamt of visiting Egypt, and after a long pandemic whose restrictions only allowed us to go to the U.S., we decided to tick two destinations off our bucket list. I went 'solo' to Morocco and joined Ann afterwards for the Egypt trip.

MY EXPERIENCE IN MOROCCO

G adventures has tours in every continent, and it also offers different trip categories, for every taste and budget. The Morocco tour I chose was one of the budget ones, "18 to thirty-something". These tours come with an age limit, include fewer things (generally the most essential visits and food-wise breakfasts only) and offer additional activities for an extra fee. Most people I encountered in this tour were in their late twenties or early thirties, and they were also travelling solo. The group consisted of 14 travellers (and a guide) and we would slipt in 3 or 4 smaller groups during our free time, to go for a walk, see a local attraction or have dinner together. I hung out with the most chilled people, as we were alike, but I got along with everyone. Most people were from English speaker countries, which made total sense considering the company is Canadian and the tours are in English. The guide didn't speak great English, to be honest, but considering it was his forth language (after Arabic, Berber and French) it was more than ok. Adbul was a very well educated and well-informed guy, which pleasantly surprised me taking into account that he lived in the mountains with no internet connection. He was also very kind and a problem solver. I learned a lot about the local culture thanks to him. 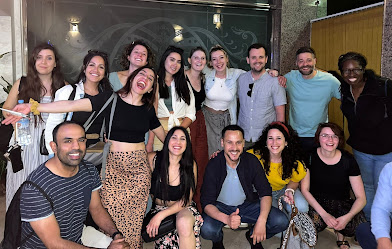 (Not my best look, but the only picture I have of the whole group)

I chose the 7 days long trip that included the Northern cities of the country. There was a longer version of that trip with 5 extra days in the dessert available, and you could also opt to book only the dessert part. On the seventh day some of us left but new travellers joined the gorup. Every once in a while you can find this tour on sale, but I paid it full price (US$699 plus US$219 to get my own room, plus the transfers in and out, plus some optional activity that had an extra charge, plus extra meals, plus tips, etc.).

I took a flight from Barcelona to Casablanca (where my tour was going to start) two days in advance because I wanted some extra time to explore the city. Once there I realized why G adventures planned to receive us there only for a welcome meeting at 7 pm and then we would leave the city the following morning: there is nothing to see in Casablanca, and it's not a very tourist-friendly city. I had booked two extra nights at the same hotel the tour started because otherwise G adventures coulnd't provide me the transfer in from the airport. Huge mistake, the hotel location wasn't ideal, it was far away from the very few touristic attractions. The first day (I arrived early morning) the transfer driver offered me a (non-G adventures) 4 hour city-tour that I ended up hiring for the next day. That first day I tried to walk on the surroundings of the hotel and I ended up returning quickly because men would shout things at me on the street, and there were no women in sight. Also, everything was closed because of ramadan. The second day I had the city-tour, in which I met an American girl who was also staying at my hotel and joining the G adventures tour later, Vannesa. The city-tour gave us a panoramic view of the city, and had stops at the market, the riverside ('corniche') and Hassan II mosque (which is basically a tourist attraction, as it was opened in 1993, is mostly visited by tourists and doesn't have any dress-code/requirements, even though I did cover my hair out of respect, but nobody else did). On these walking parts, the guide had to constantly ask the street vendors and beggars to leave us alone. When we passed by Rick's café and stopped for a picture, he offered to make a reservation for any of us who wanted to come back later for dinner. Vanessa and I said yes. If you're interested, you can check that experience on Casablanca's featured stories on my Instagram). I could also write a post with more general information about Morocco, non-related to G adventures. 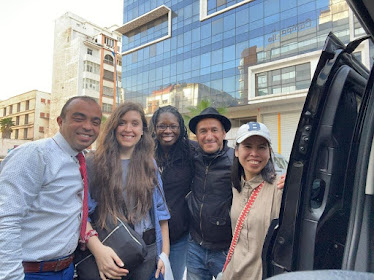 (Pic of us at the end of the city-tour, the hotel behind us)

G adventures' itinerary took us to Chefchaouen ('the blue city') Fez and Marrakech (we also briefly passed by Rabat where we didn't stay overnight) and I think it was more than ok for the priced they charged us. The hotels were comfy and, except Casablanca's, well located. Breakfasts were too small for American standards but were more than enough for me. This tour allowed us a lot of free time, which I liked. Additional paid activities were available (overpriced in my oppinion) and they could be booked through the web site before the beggining of the trip, or through the organizers -(paying in cash) throughout the duration of the tour. Twice some 'optional' activities offered by the tour guide became not-optional as they would slightly change the itinerary so we had to decide collectively if we were taking them or not. I didn't mind as they were interesting and also unexpensive, but they were not listed as optional activities on the web site and we ended up having to pay an extra fee for them. Some of these additional offered activities were also declined by the whole group. During all the visits included in the base itinerary we were taken to souvenirs/ local shops and made us spend considerable time there. I would have preferred not to attend to these, but it is customary in group tours, and I understand this is the most direct way local comunities benefit. I also felt that last night's belly dances dinner was a pricey tourist trap but I attended anyway because I didn't want to be the only one not going. I did miss other group dinners because of the lack of vegetarian options or because I didn't want to have dinner as early as Americans like, and that was ok too.

Another thing I want to comment on this group trips is that they don't include tips, which G adventures clarify in their tour details. Both in Morocco and Egypt tips have a huge cultural importance. For this first trip, G adventures estimates we will need 3 U.S. dollars a day for general things and recommends we give the guide between 30 and 35 dollars per week. The guide asked us for the local currency equivalent of 1 dollar each every time bell boys would handle our luggage and, if I remember correctly, something like 5 dollars each for the driver once the week was ended (and the driver was leaving). That was also the last end of the trip for many of us and also for the guide, as the following 5 days were going to be with a new guide. We tipped the guide at least 35 dollars each the last day. At restaurants, we would normally tip 10%, and that was also the percentage I tipped the transfers and the manicure.

About the in-out transfers: I'm glad I booked the arrival transfer with G adventures because the airport was far from the city, I had never been in that country, and a taxi from the airport would have costed me the same amount of money. On the her hand, booking the transfer out on G adventures wasn't a great deal, as a taxi would have costed me way less and I would have been able to choose the pick up time and stay longer in the city, making the most out of that day, instead of spending most of it at the airport. Marrakech was my favourite city of them all and also the one that felt the safest. If I planned my trip now, I'd choose to stay longer here instead of Casablanca. I'm open to going back to Marrakech on my own, or with my BFF.

Overall, I'd say my experience with G adventures in Morocco was very positive. 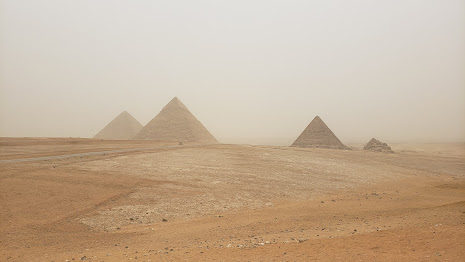 MY EXPERIENCE IN EGYPT

From Marrakech I flew to Cairo (vía Turkish airlines, with an stop in Istanbul) to start my second G adventures tour with Ann. We met at Istanbul's airport and boarded the flight to Cairo together.
G adventures had a lot of tour options in Egypt, of different kinds, durations and prices, some including Jordan, etc. As Ann knew a lot about this destination, we agreed she would be the one choosing the itinerary. She opted for one of the 'classic tours' named Egypt upgraded because it was the only one including Abu Simbel, which she had an special interest in. It was one of the most expensive ones (the original price was US$2.799; on sale we ended up paying a little bit less, US$2.479) but considering it was going to be an "upgraded" trip and Egypt was a once-in-a-lifetime destination for us, we booked it anyways. 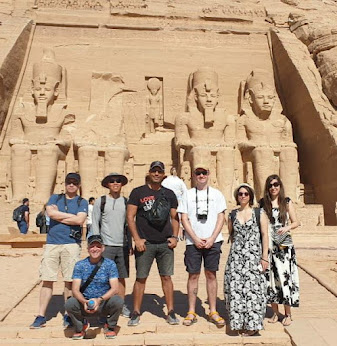 The group, in Abu Simbel 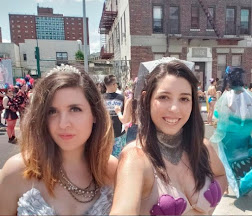